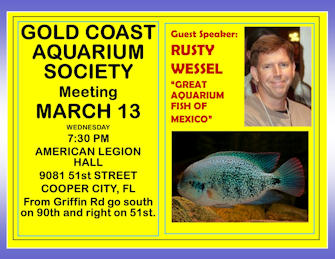 Rusty Wessel maintains over 8,000 gallons of freshwater aquariums in a state of the art fish house constructed specifically for fish. The 90-plus aquariums predominantly contain cichlids and livebearers, which he successfully raises and breeds. Rusty`s specialty is Central American fishes. He has successfully collected fish from the countries of Belize, Costa Rica, Cuba, Guatemala, Honduras, Panama, Mexico and Uruguay, and the continent of Africa. If it lives in fresh water, chances are that Rusty has either caught it or been bitten or stung by it. He has been collecting since 1983, and is recognized by other experienced collectors as one of the best. He has made over 150 trips, and has introduced many new species to the aquarium hobby. In 1991, Rusty discovered a beautiful and elusive new cichlid in an area that had already been thoroughly collected. In the June 1996 edition of Tropical Fish Hobbyist magazine, Dr. Robert Rush Miller, emeritus professor of the University of Michigan, described and named this species Theraps wesseli. (In the recent Rican reorganization, it is called Choritheros wesseli.) Rusty is also a prolific author and photographer, as his writings and photographs have appeared in a large number of specialized publications, such as Aquarium Fish Magazine, Aquarist and Pondkeeper, Buntbarsche Bulletin, Cichlid News, Ad Konings` Cichlids Yearbooks, Freshwater and Marine Aquarium and Tropical Fish Hobbyist. In the organized hobby, Rusty is currently the “Back Issue Sales Person” for the American Cichlid Association and a speaker participant for the ACA/Zoo Med Speaker`s Program. He is past chair of the ACA board of trustees (1990) and chaired the 1992 and 2014 conventions. In addition, he is an active solicitor for the “Guy Jordan Endowment Fund”, set up by the ACA to fund cichlid research. Rusty has been awarded with the greatest honor the American Cichlid Association gives to its distinguished members, the ACA fellowship in 1997. On the local level, he is currently treasurer for the Louisville Tropical Fish Fanciers. Rusty has lectured and judged numerous fish shows throughout the United States, including the annual “Florida Tropical Fish Farmers” show and several ACA conventions. 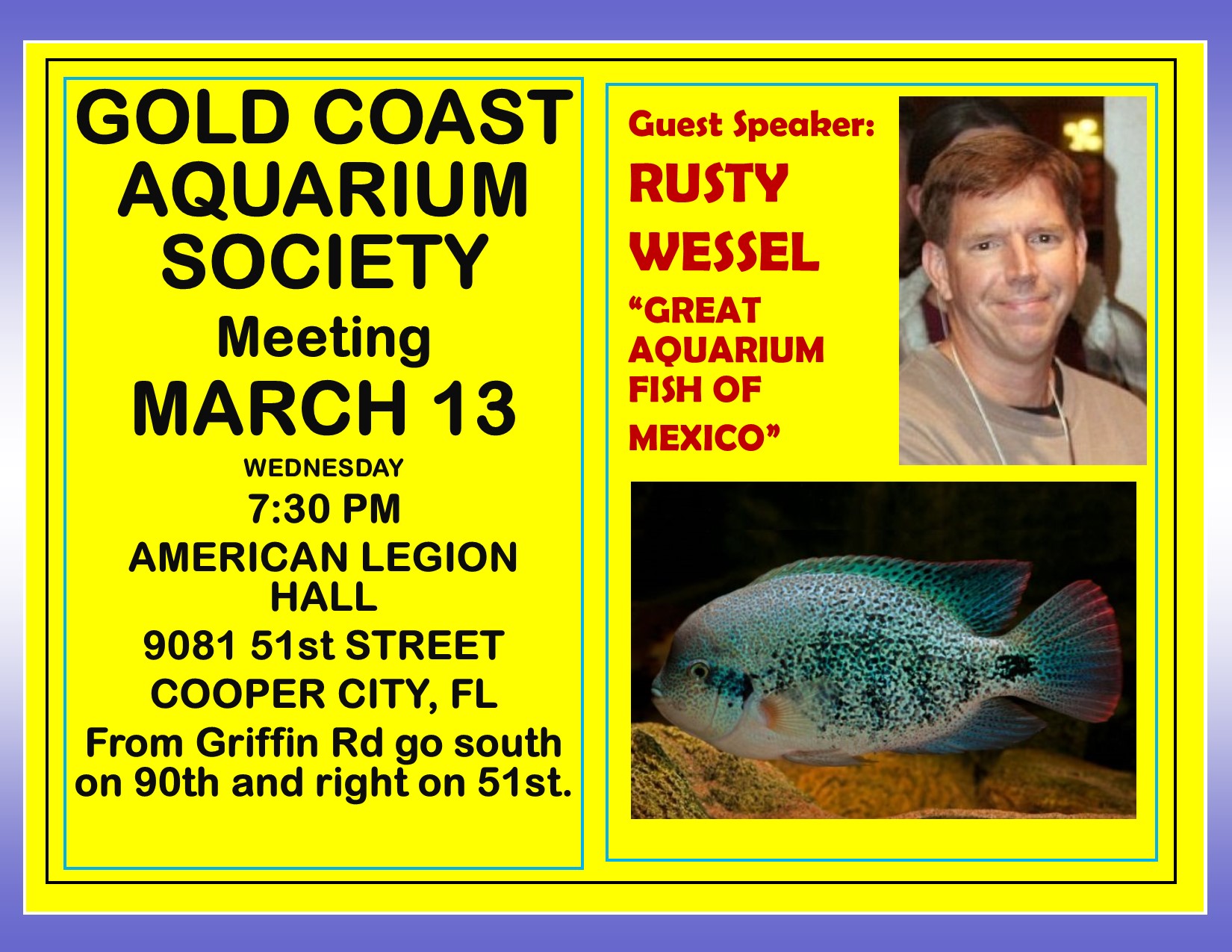