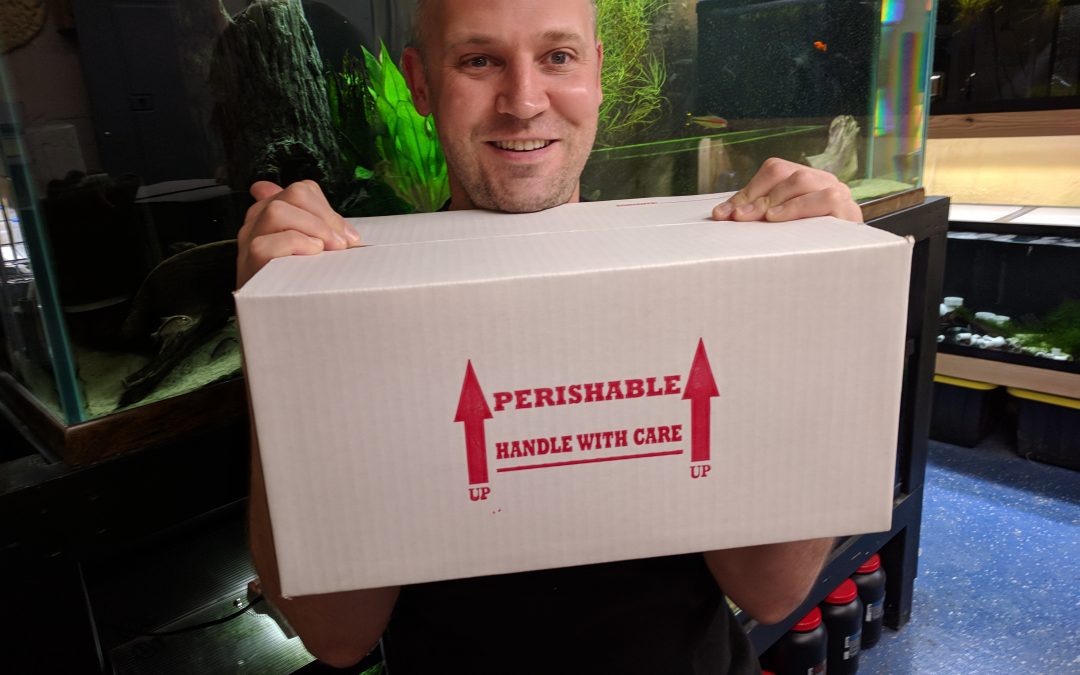 Dan’s first love was killifish. In the early 90’s, he saw pictures of the different African killifish in a book in his town’s library during the summer between 6th and 7th grade. That was it…he was hooked. The local fish store was, after some hounding, able to special order 2 Fundulopanchax gardneri “Akure” for Dan. Shortly afterward, several other species were obtained from Jim Forshey of the Aquatic Book Shop.

Only a few killies were available locally, so Dan quickly became proficient at shipping fish through the post office in order to trade for diverse species. By his 15th birthday, Dan had taken over the basement of his parents’ house and was shipping fish regularly from 50+ tanks.

The hobby gradually became a profession. Dan now runs Dan’s Fish, an online store specializing in small, peaceful community species. You can see his operation in full detail on the Dan’s Fish Youtube channel. He is also the co-Founder of GetGills.com, a modern, community sourced online marketplace where anyone can buy or sell fish and fish stuff.

Over the years, Dan has developed a shipping method that is efficient, repeatable, and humane. In 2019, Dan’s Fish shipped out many thousands of live fish, over 99% of which arrived alive and, from customer reports, thrived long-term. It is Dan’s pleasure to share this shipping method with you today.